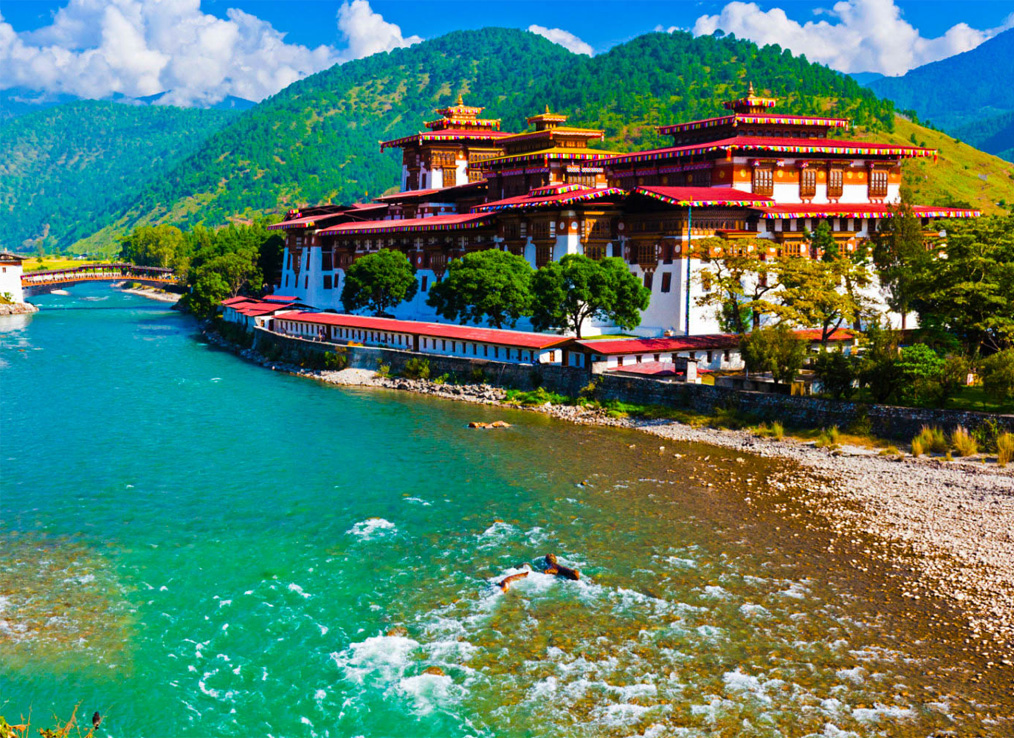 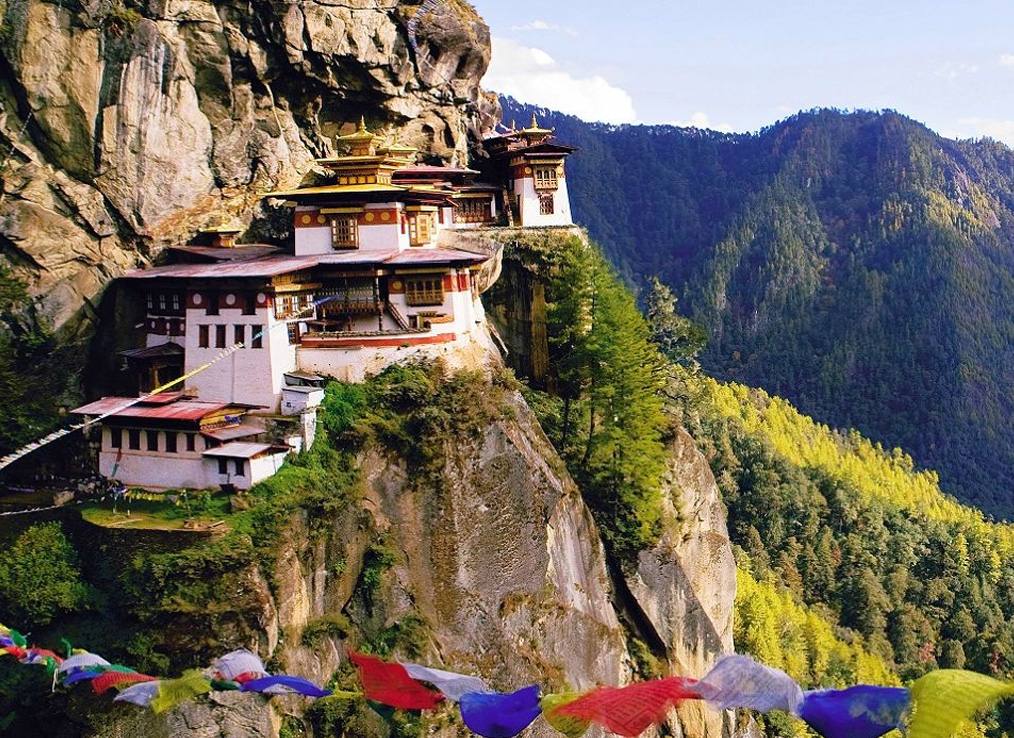 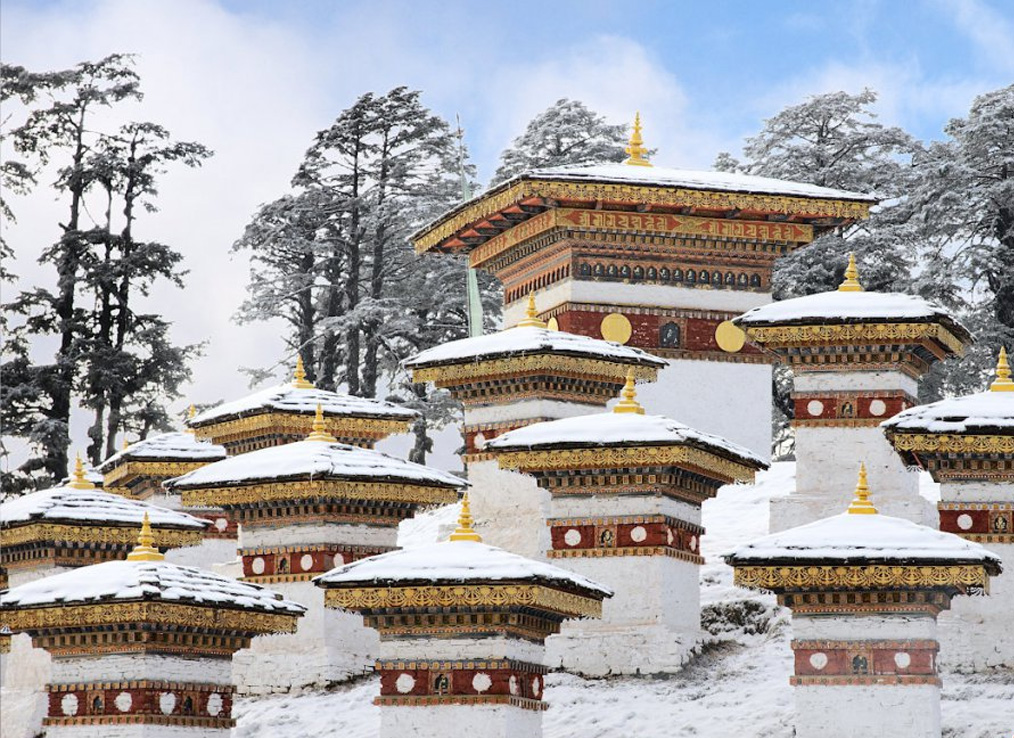 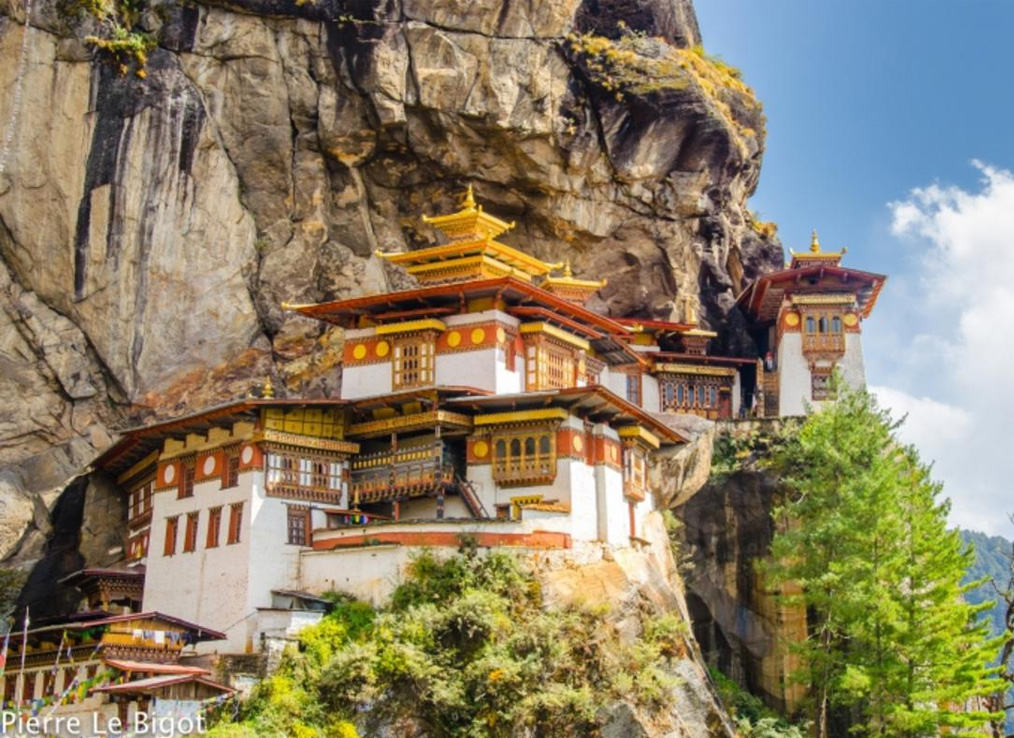 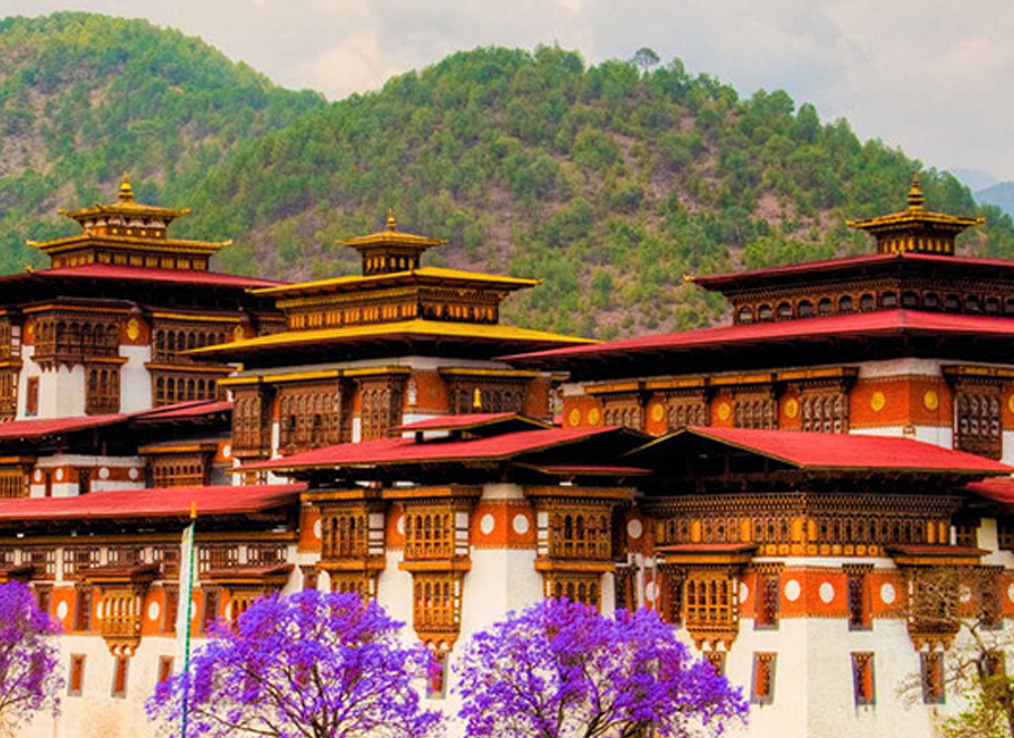 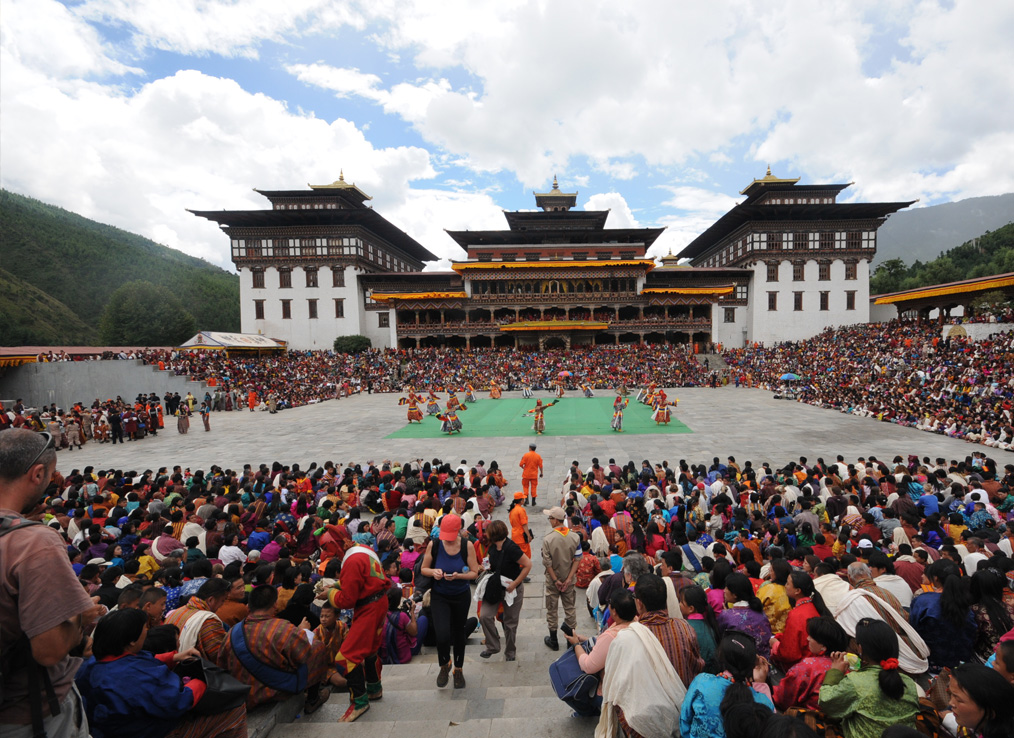 Bhutan, a Buddhist kingdom on the Himalayas’ eastern edge, is a land of monasteries, fortresses (or dzongs) and dramatic topography ranging from subtropical plains to steep mountains and valleys. In the High Himalayas, peaks such as 7,326m Jomolhari are a destination for serious trekkers. Taktsang Palphug (Tiger’s Nest) monastery, a sacred site, clings to cliffs above the forested Paro Valley.

Child With Bed: INR On Request/person

Child Without Bed: INR On Request/person

Fly into Paro by Drukair flight ( Royal Bhutan Airline) or Bhutan Airlines . After immigration and customs formalities, you will be received by the representative of Access Bhutan Tours & Treks and travel to Thimphu . On arrival at Thimphu,check into your hotel and after a refreshment visit the following: Kuenselphodrang (commonly known as Buddha Point) where the largest Buddha statue in the country is perched on the hillock overlooking the Thimphu Valley and you can also enjoy 20-30 minutes nature hike through Kuensel Phodrang Nature park and enjoy the magnificent few of Thimphu Valley and mountain peaks. National Textile Museum which is a good place to see the art of traditional weaving being kept alive and preserved through exhibition and has a good collection of old textiles which are rich in colors and designs.You will also see people weaving with intricate designs. Tashichhoe Dzong- a fortress of the glorious religion. It was built in 1641 by Zhabdrung Ngawang Namgyel and was reconstructed into present structure by the late King, His majesty Jigme Dorji Wangchuck in the year 1962-1969.It houses the secretariat building, the throne room and the office of the king, and the central monk body. Craft Bazaar -A one stop place to witness Bhutanese culture and buy Bhutan made art and craft product. The Bazaar in its 80 stalls covers all aspects of the traditional arts and crafts of Bhutan. At this Bazaar craftsmen and artisans from across the country display and sell their handicrafts. And also visit other handicraft stores. Overnight at a hotel in Thimphu.

After breakfast visit the following in Thimphu: Bhutan Post Office Headquarters to get personalized Bhutanese postage stamps with your photo on them. You can bring along your favorite photo to put on the stamps and put these stamps on your postcard to send to your family and friends. Traditional Bhutanese paper making factory. The handmade paper making in Bhutan stemmed from the age old tradition originated in 8th century of Bhutanese history. The handmade paper constitutes as valuable National heritage of Bhutanese cultural identity and is preserved through all the ages. The Traditional paper is recognized and held high esteem both in home and outside world. Jungshi Paper Factory was established in November 1990 as an undertaking of the Royal Government of Bhutan. The unit now boasts as a major and sole dealer in handmade paper and its products. School of Traditional Painting of Arts and Crafts where students undertake a six-year course on the 13 traditional arts and crafts of Bhutan. Centenary Farmers’ Market (open from Thu-Sun only): Most of the Thimphu’s population and many valley dwellers converge on the bustling weekend market, held by the side of Wangchu River. A wide range of foodstuffs and local arts and crafts are sold at the market, which runs from Friday afternoon till Sunday evening. A visit to the market provides great photo opportunities, as well as the chance to mingle with local people. Archery Match (National Game of Bhutan) at Changlimithang National Stadium. After lunch travel to Paro and visit the following: Paro Rinpung Dzong (fortress), built in 1645 to defend the valley against Tibetan invaders. The Dzong is now being used as an administration center and school for monks. From the Dzong you will walk down to Rimpung Bridge (Traditonal Cantilever Bridge), oldest bridge in Bhutan. Farm houses in Paro Valley and a visit to a farm house offers a good glimpse into the lifestyle of a farmer. Paro town and market where you may visit local shops and have free interaction with local people. Dinner and overnight at a hotel in Paro.

After breakfast, hike up to Taktsang Monastery, also known as ‘Tiger’s Nest’. The climb up to the viewpoint will take around 1 ½ hours and from there you will enjoy a spectacular view of the monastery clinging to the side of the cliff. Stop for refreshment at the View Point Cafeteria.Then walk further up to the monastery which will take another 1 ½ hour. It is said that in the 8th century Guru Rinpoche flew on the back of a tigress from eastern Bhutan to this place and meditated in a cave here for 3 months. The principal Lhakhang (monastery) of the present monastic complex dates from 1692. Taktsang was damaged severely by fire in 1998 but has now been fully restored to its former glory.After visiting the monastery, walk back down to the road on the way stop for lunch at the view point cafeteria and then walk further down to the road point. Then travel back to your hotel, on the way visiting Kyichu temple,one of the 108 temples built in the 7th century by the Tibetan King Songsten Gampo. The story goes that a giant demon lay across the whole area of Tibet and the Himalayas and was preventing the spread of Buddhism. To overcome her, King Songtsen Gampo decided to build 108 temples, which would be placed on all the points of her body. Kyichu Temple is one of the 108 temples. In the evening you may relax in the traditional hotstone bath. Dinner and overnight at a hotel in Paro.

After breakfast, travel to the Paro International Airport and your tour guide from Access Bhutan Tours will see you off at the Paro Airport for your flight to your onward destinations. End of the Bhutan Tour 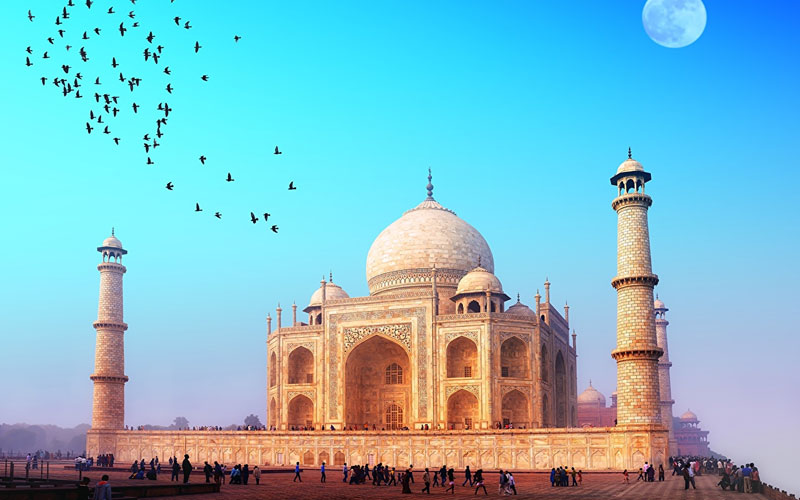 Agra is largely recognised with Mughal Empire, the place was established much before it 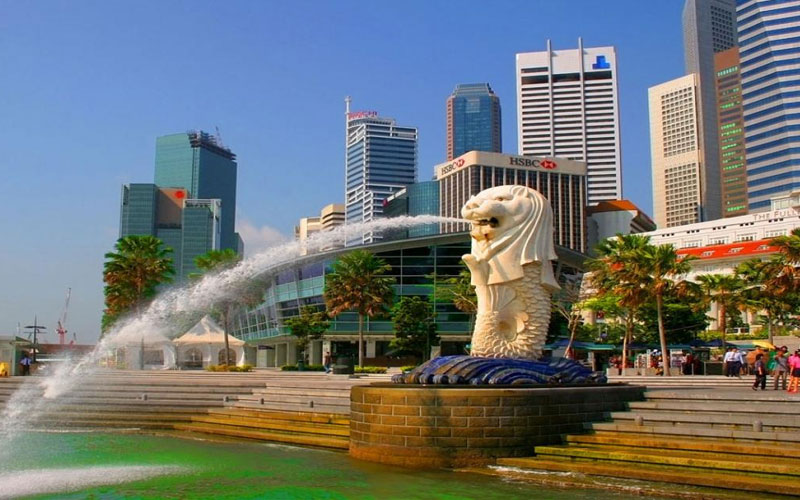 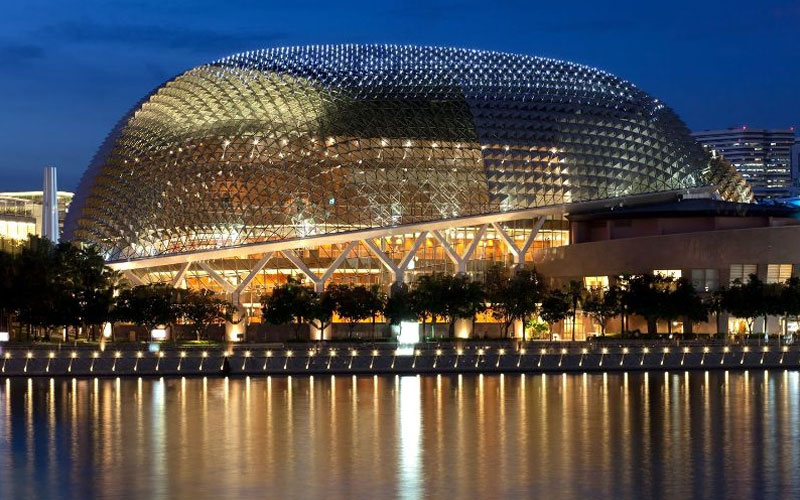 Futuristic, self-assured, sleek and spanking new, that is Singapore's skyline for you. 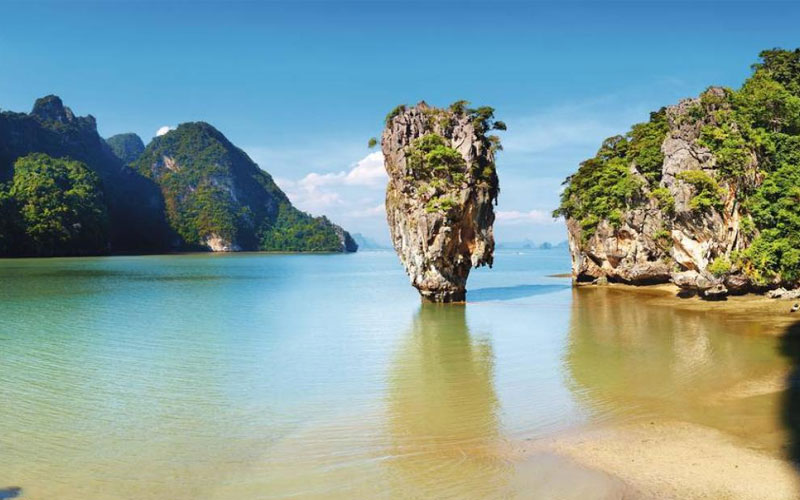 Glamorous Pattaya - Pattaya has everything in store for you for your next holiday! 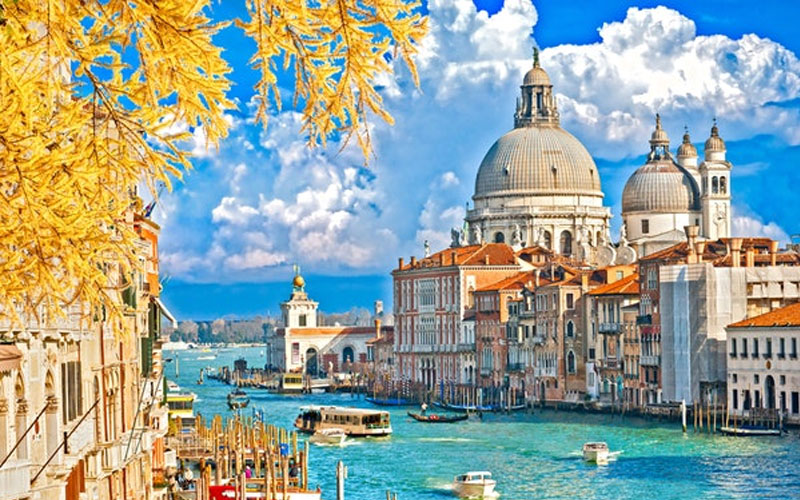 Italy, commanding a long Mediterranean coastline, has left a powerful mark on 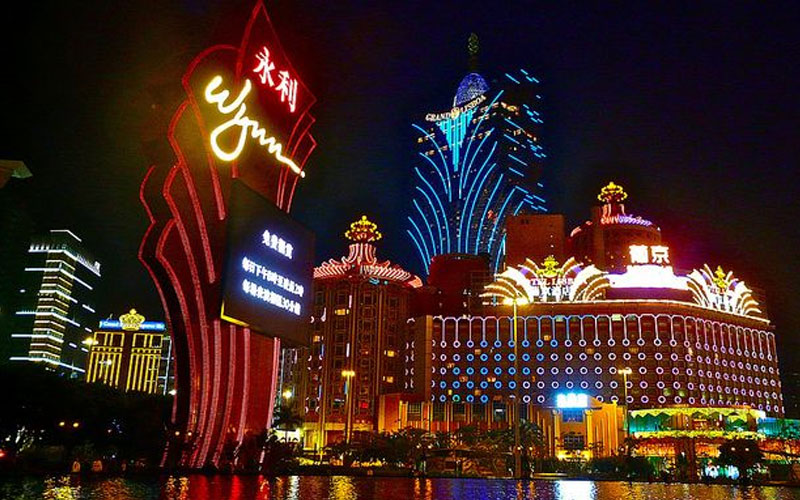 Macao, is one of the two Special Administrative Regions of the People's Republic of China 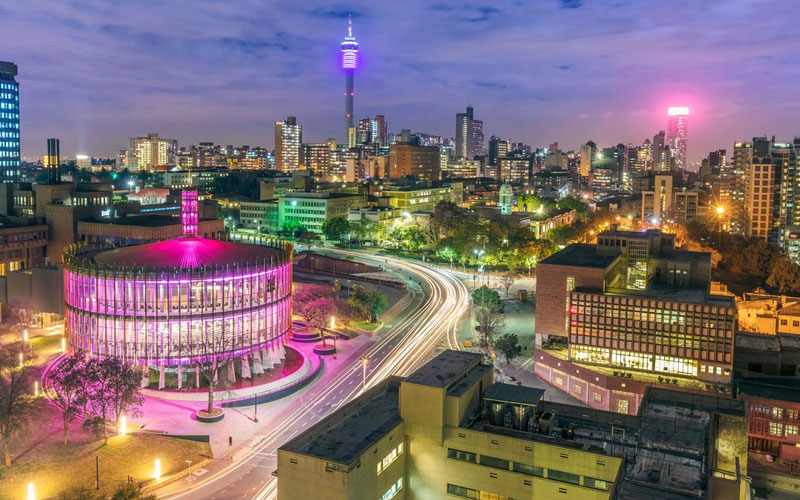 South Africa is a country on the southernmost tip of the African continent, marked by seve 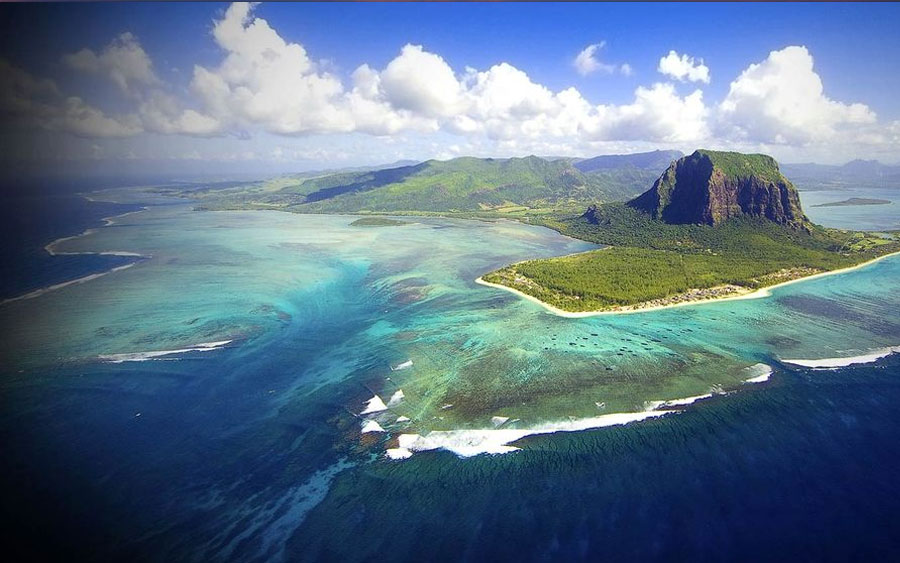 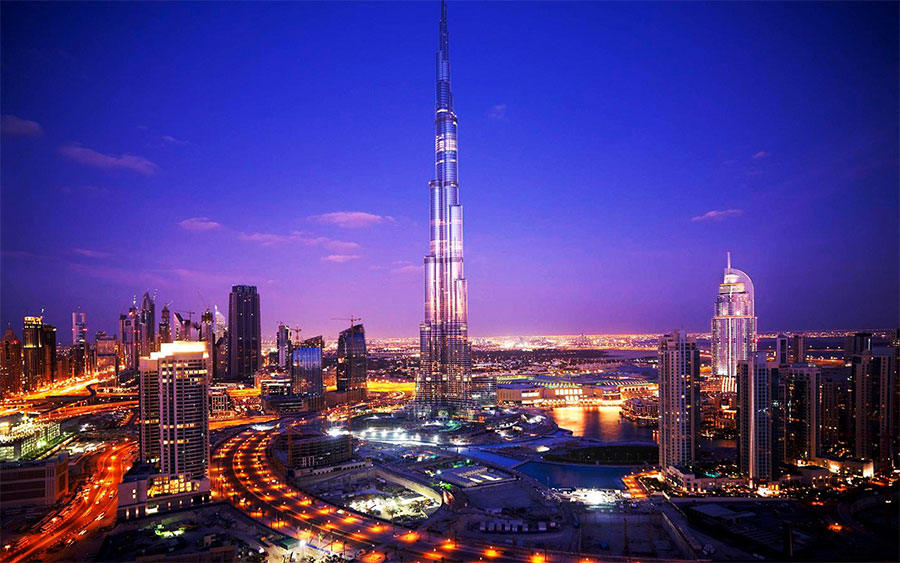 Dubai enjoys, without a doubt, one of the best locations on the planet. Situated halfway b 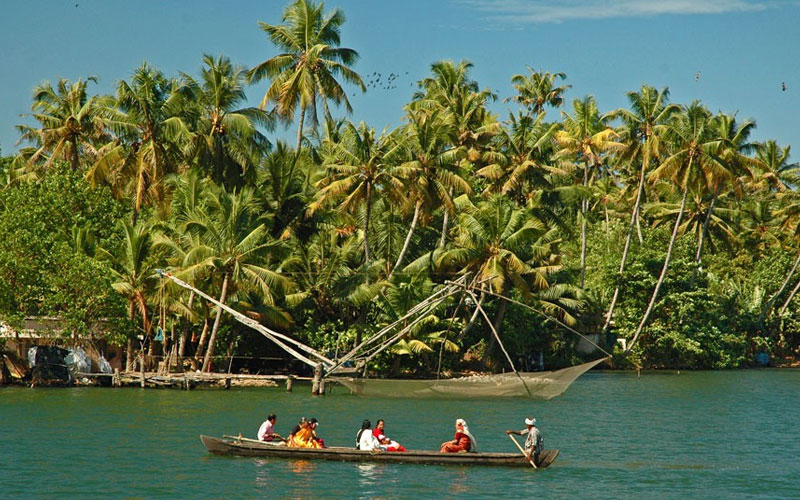 Kerala is a state in the south-west region of India on the Malabar coast. 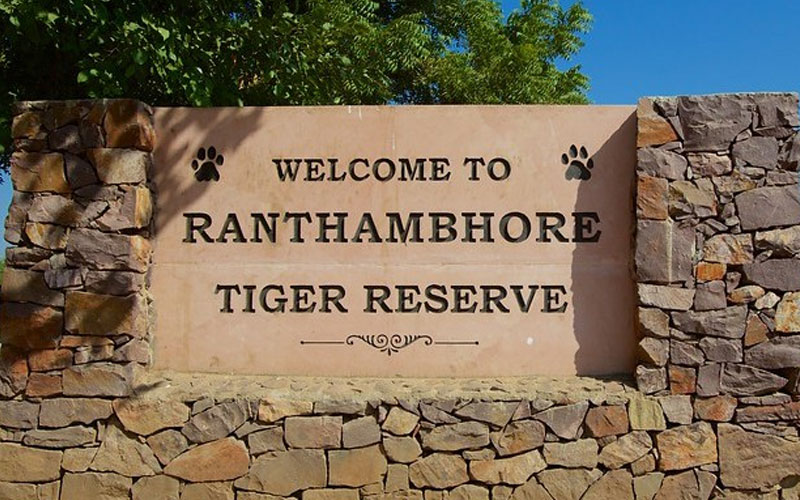 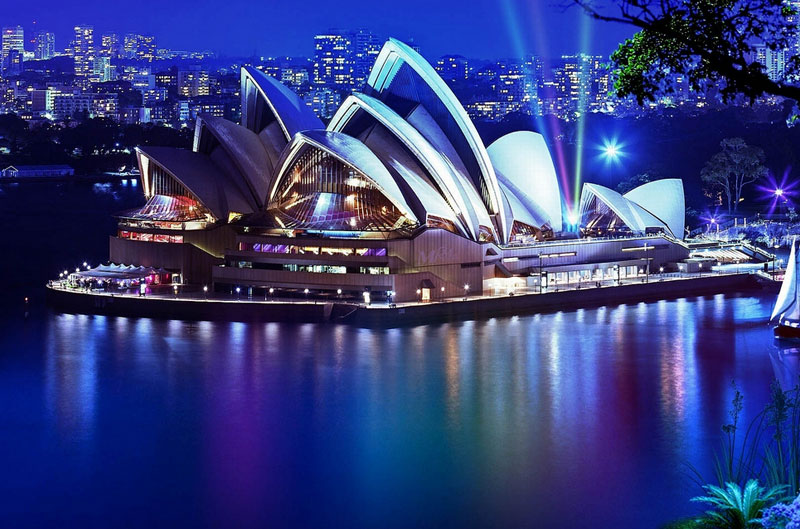 Australia is a country comprising the mainland of the Australian continent, the island of 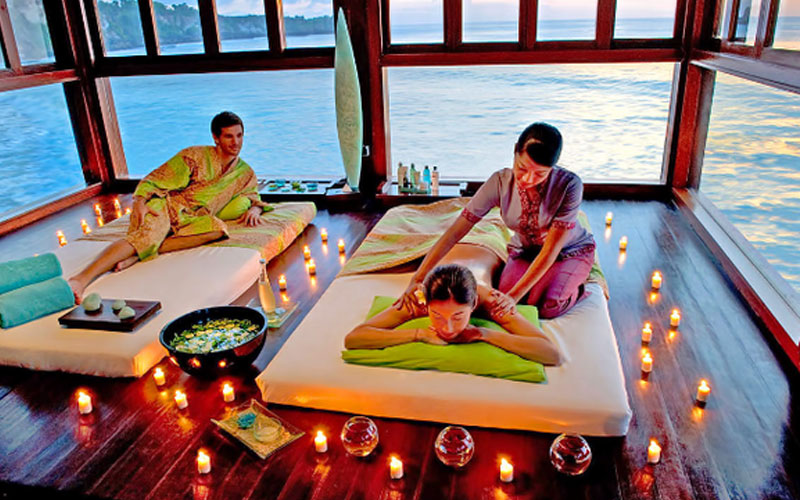 Bali is a land that seems to have a magnet at its very heart.

Bhutan, a Buddhist kingdom on the Himalayas’ eastern edge, is a land of monasteries, 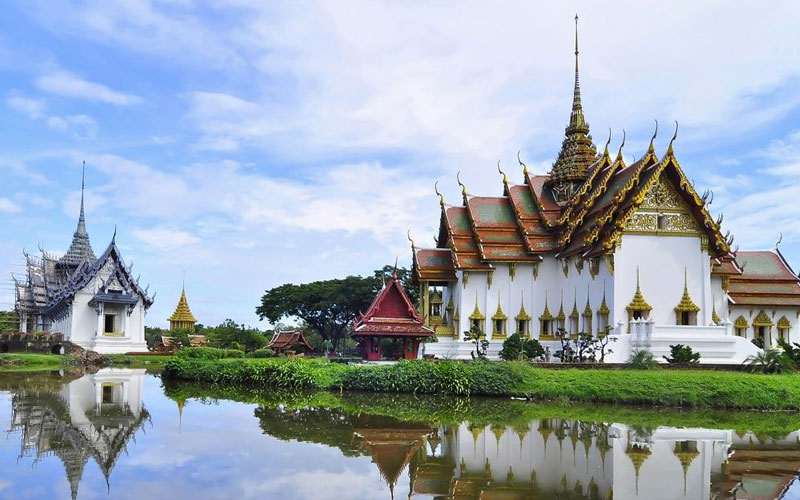 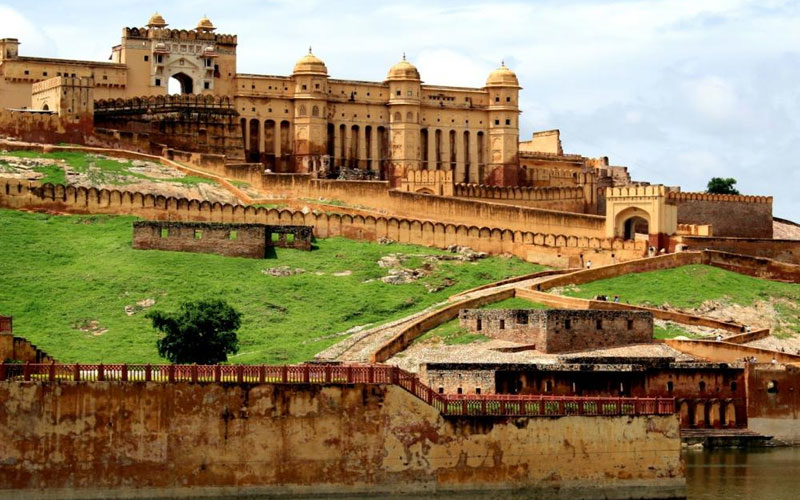 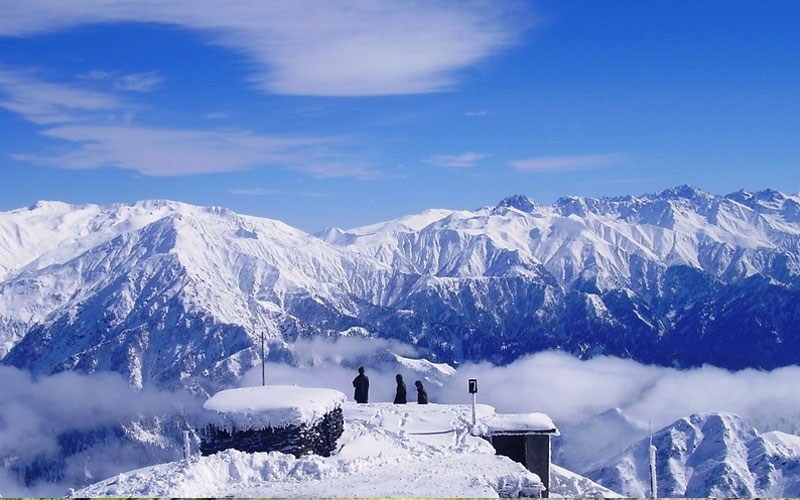 Kashmir is a geographical region in far north of the Indian subcontinent.

To Assist You With Your Business Travel And Event Management Needs. Please call us

GTS can provide 500+ destinations for your travel desire.

Subscibe to receive our interesting updates